I Commit 16 Seminar: Getting Ready To Start Your Journey Of Becoming A Youth Leader 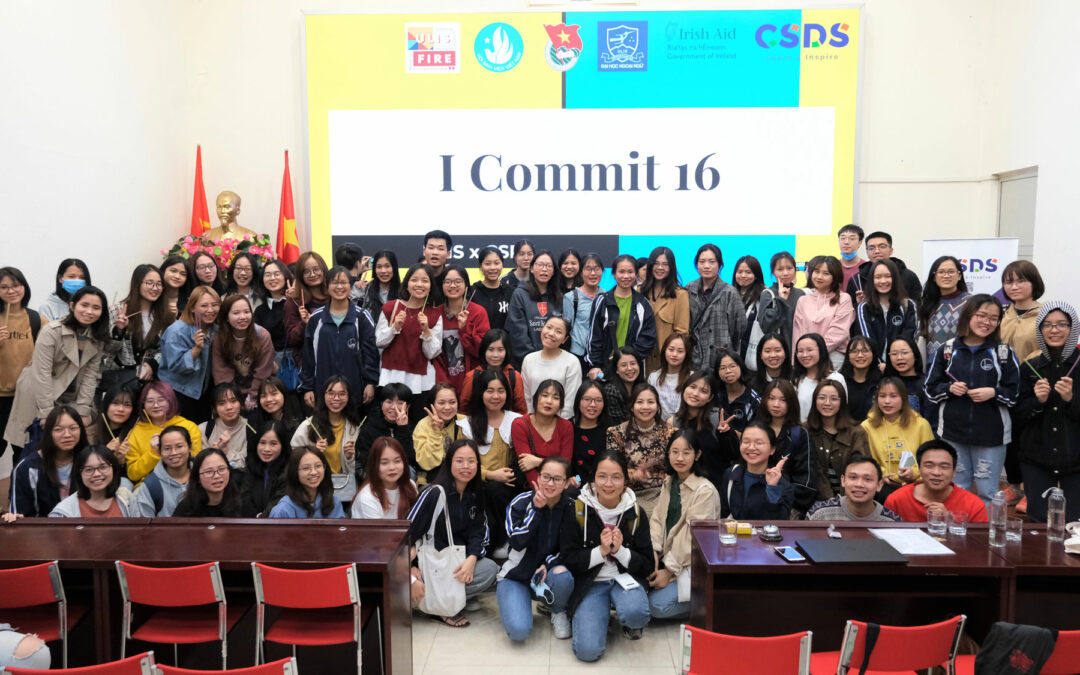 On March 22, 2021, the Organizers of I Commit 16 held a pre-program seminar to provide information as well as create opportunities to meet the youth leaders of the previous season for students at Vu Dinh Lien hall of University of Languages and International Studies ​​- VNU. The seminar was co-organized by CSDS Center for Sustainable Development Studies and University of Languages and International Studies ​​(ULIS) – VNU.

Speaking before the opening of the seminar, Ms. Thu Dung – representative of the ULIS Fire project expressed her appreciation for the cooperation between CSDS and ULIS. She emphasized that the I Commit spirit was very much in line with the Fire project spirit when it came to putting students at the center and creating opportunities to promote students’ leadership potential. At the same time, she also encouraged students to actively participate in social activities besides studying at university so that they obtained the opportunity to ‘experience’ and improved their capacity in the competitive labor market.

Following the enthusiastic sharing of Ms. Thu Dung was a funny warm-up game named Impact Snap, coordinated by Mr. Vu Duy Thanh. The teams responded enthusiastically to the game, making the atmosphere of the discussion more exciting than ever.

Also at the seminar, Mr. Vu Duy Thanh shared details about the process and benefits of joining I COMMIT 16. The program would last 4 months with 4 main phases: Foundation training, additional training , midterm training, and conclusion. During 4 months of participation, young people would have the opportunity to learn, eat, play, and create a community project together. At the end of the program, serious, responsible and productive individuals would receive a certificate of the program. According to Mr. Thanh, the biggest value received from I COMMIT 16 was the opportunity for candidates to create a better version of themselves. In their young days, young people had a lot of advantages, but they needed to constantly promote through experience and commitment to ‘sharpen’ that advantage.

The part that students have been waiting for the most was the discussion part from four youth leaders from different seasons of I Commit, including:

Each project is aimed at different goals with different operating methods. However, the common point of the 4 projects is towards the community and spreading civilized and compassionate lifestyles and behaviours. At the end of the seminar, each student was given two cereal straws from sponsor VinaStraws Joint Stock Company. The product attracted the attention of students and was very consistent with the set sustainable development goals.